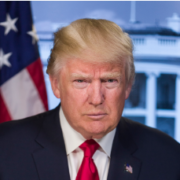 Why is Donald Trump so concerned about voter fraud? After all, he has already been flexing his presidential muscles by nixing major trade pacts, placing gag orders on public workers, denying climate change, and building “The Great Wall of Trump”.

Just the other day, the President called for “a major investigation” into voter fraud, following through with what many major media outlets labeled as “baseless claims”. The president has alleged that millions of illegal votes were cast during the general election, with some voters using the names of the deceased.

According to sources in the president’s private meetings, Trump claimed that 3 to 5 million illegal votes cost him the popular vote. Neither Trump nor his surrogates could provide any evidence that any substantial illegal voting had occurred.

Even though Hillary Clinton won the popular vote by almost 3,000,000 people, Trump won the electoral college and few dispute the fact that he is now “legally” the president.

Why the Big Stink?

Why would Trump go out on a limb with this unsubstantiated claim? Is it because he actually believes it or is it because he feels insecure that more people voted for Hillary? I doubt it. Whatever anyone thinks, or no matter my personal feelings, Donald Trump is a very smart and calculated man.

The voter fraud shenanigans are all about BRAND REPUTATION. Remember, Trump is a multi-billion dollar brand and even though he is now the president, he still thinks of himself as a Donald Trump “The Brand”. Buildings, golf courses, even steaks bear his name. Any impingement on that name dilutes the power of his brand. Don’t believe me? Just take a look at was posted on the WhiteHouse.org website the day he ascended to the presidency.

“Donald J. Trump is the very definition of the American success story. Throughout his life, he has continually set the standards of business and entrepreneurial excellence, especially with his interests in real estate, sports, and entertainment. The Trump signature soon became synonymous with the most prestigious of addresses in Manhattan and subsequently throughout the world. An accomplished author, Mr. Trump has authored (my note: he hired ghost writers to do the heavy lifting) over fourteen bestsellers. The Donald’s first book, The Art of the Deal, was the #1 book of the year, and is considered a business classic.”

What Ever Happened To Modesty?

Why all the hype, superlatives, and words like “set the standards”, “the most prestigious of addresses”, and a “business classic”? What ever happened to modesty… the President as National Mensch?

Yiddish: מענטש‎ mentsh, cognate with the German word Mensch meaning a “human being”, means “a person of integrity and honor”.

Brand Trump May Need Some Repair

He’s a billionaire, the President of the United States, and the best hope of the free world. That’s a very powerful brand that must be protected. Today, after only less than a month in office, POTUS may need a little reputation management — a little brand repair. He’s been taking it on the chin from the media (which he labels “the opposition”), a few hundred thousand people who marched on Washington, and even from his own party about getting a little too chummy with the former head of the KGB (Putin).

Brand Repair — that’s just what a smart enterprise company would do – repair the damage by stressing the positive. First, call a press conference (Donald did just that), let everyone ask questions (he did that too), be respectful (well, not exactly), be open (ugh!), and tell the truth (no comment).

The story is not over. It’s just beginning. If we’ve learned one thing about Donald Trump, President of the United States, is that he is full of surprises. Stay tuned.