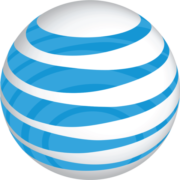 Don’t take my word for it, but listen to what AT&T had to say today – “The future of mobile is video and the future of video is mobile.” And that’s not all! They are putting their money where their mouth is – $85 billion worth.

AT&T made the announcement that it is adding Time Warner to help diversify its business beyond wireless phone and Internet services. That is if federal regulators approve the merger. Simply put, AT&T wants to own valuable programming – and an entry into the world of entertainment, news and sports.

Time Warner has everything from “Game of Thrones,” on its HBO cable service, to “Anderson Cooper 360,” on CNN, to “The Big Bang Theory,” which is produced by Warner Bros., to basketball games that are aired by several Turner cable channels.

AT&T is of the belief that have video entertainment/news one side and wireless on the other will position it better to shape the future of media.

Positioning Itself For the Future

It also doesn’t want it competitors – Verizon, Comcast, or Apple – to get their hands on Time Warner. The huge merger is similar to Comcast’s acquisition of NBCUniversal in 2011 (and of the SyFy Channel – which I am a founding member). The AT&T / Time Warner deal is not what is called a  “horizontal merger,” (two companies with similar business models combine operations). This is a vertical merger and one of the largest ones in history, if it goes forward. There are many who might be opposed, as they would contend that it puts too much power and control in the hands of one entity and will result in higher prices and less competition.

Stay tuned – other targets for acquisition include AMC, Discovery Communications,  and Scripps Networks. Disney and Fox won’t want to get left in the dust and may also want to protect their positions by expanding their holdings as well.

The Future Of Mobile is Video

And all of them recognize that the future of mobile is video – and they will be rushing to take advantage.

How to Communicate More Effectively